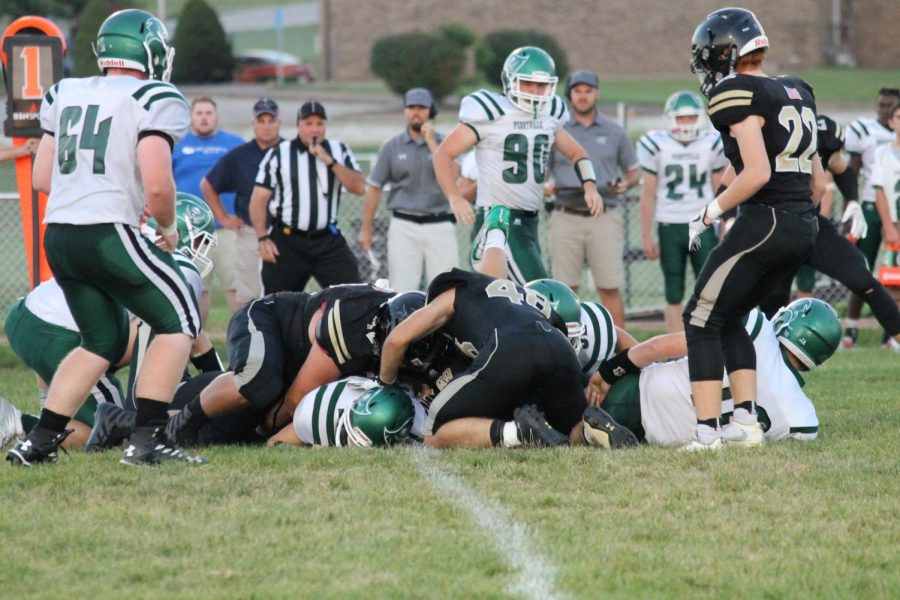 Blackcats working together to take down the Pirates.

One of the favorite times of the year for some people is football season. The Fredericktown Blackcats have had a great start to their season, despite playing many harsh competitors. More importantly, the teammates have also grown closer over games and practices.

One thing that the coaches of the Blackcats strongly believe in is brotherhood. It is very important that everyone on the team is working together to gain another victory. When the players come out they walk in pairs and hold hands. They do this to show that they have a strong connection. To get ready for the game they go into the tunnel. They start shouting to get hyped for the game and then they all race out to meet their coaches.

The coaches love getting involved with the team during the game and at practices. During the game the coaches like to yell “Let’s Go!” or just yell to get team members excited. You can often hear the boys yelling things to help teammates get back into the game after losing the lead, and to encourage them to keep working hard. Sometimes the boys go out to eat the day before a game. The coaches also tag along and eat with the boys. This makes a strong connection between every one of them.

Even when the boys lose, they don’t just focus on the loss. They also are glad they have a family to lean on in the end. Even though football won’t last forever this team’s memories and love will continue to have an impact on the boys who play. The Blackcats’ record is 1-3 but they have many games left to play to turn the season around. I hope that they go on to win more games, but overall I hope they continue to love each other like real brothers do.