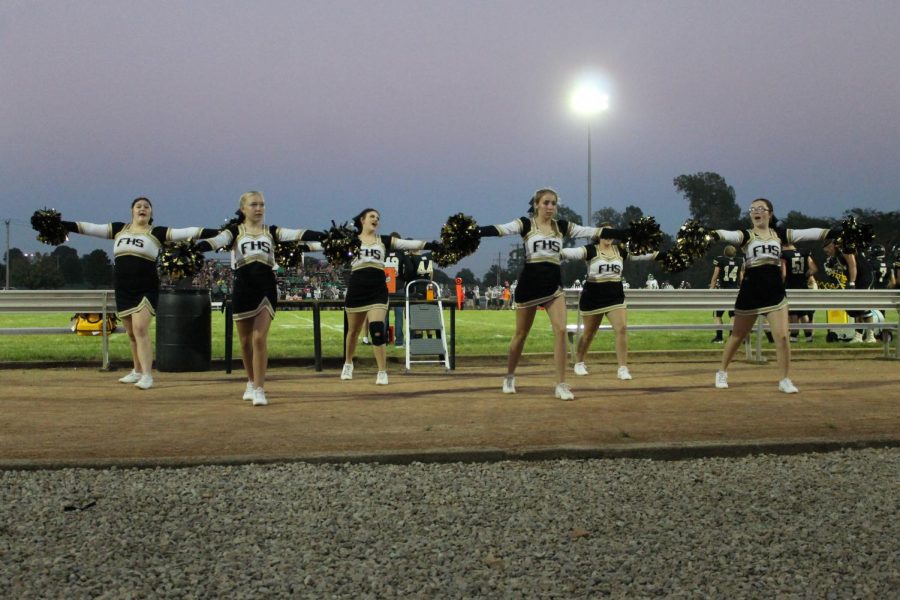 Even though our cheer squad looks a little smaller than previous years with eight members, you can still expect the usual loudness cheering on our Blackcats at football games this year. No new members have joined this year, but that won’t stop our returning members from giving us the energized pep we need to keep the football team going.

Although the squad has no new members, we can still expect plenty of new this year! The cheerleaders have already started fundraisers for new uniforms and equipment.  I spoke with coach Katelyn Hudson about the fundraisers. “This summer, the girls raised some money selling Krispy Kreme donuts to buy new warm-ups and backpacks. They just recently did a fundraiser selling t-shirts to help towards new uniforms.” The cheerleaders have already done so much to help themselves out, but be on the lookout for more fundraisers in the future!

Also new this year is the coach, Katelyn Hudson. She has some great plans for keeping the squad sportsmanlike and responsible. “The girls are held more accountable… This year they’re working towards becoming better athletes through stunting and tumbling, but they are also working on becoming great young ladies and having good character.” You might see the cheerleaders handing out treats every week to the opposing cheerleaders to show kindness before competition.

The squad may not have any new members, but surely that will change when the news spreads of kindness and responsibility. A new uniform doesn’t hurt, either!